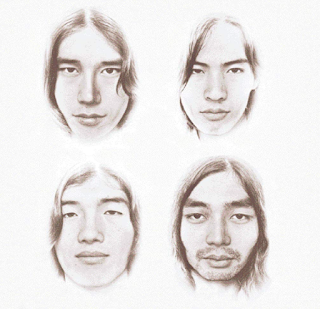 This article is one of a series introducing some of the the best Japanese albums.

Happy End is a Japanese rock band that was formed around 1970. Its members include Haruomi Hosono, Eiichi Otaki, Takashi Matsumoto, and Shigeru Suzuki. They have all made significant contributions to the Japanese music scene since then.

Happy End is known as a band that shaped Japanese rock music with influences such as Buffalo Springfield in the United States. The band members were also influenced by the novelist Kenji Miyazawa, giving their sound a natural and nostalgic feel.

One of their most famous song “Kaze wo Atsumete” (YouTube) was used in the 2003 American movie “Lost in Translation”.

Happy End has produced only three original albums, the second of which, “Kazemachi Roman,” has been particularly well received.