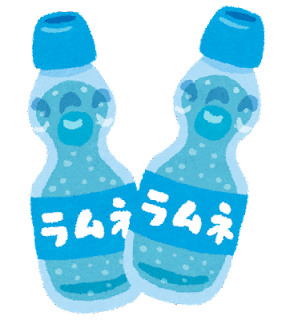 Coke and Sprite are popular in Japan, but there are also popular Japanese sodas made by Japanese beverage manufacturers.

Here I would like to introduce 4 Japanese sodas that are popular in Japan.

Asahi Soft Drinks, a major Japanese beverage company, has been selling this classic cider since 1884. It has just the right balance of carbonation, sweetness, and aroma, and is the most popular in Japan.

It is also available in a calorie-free version and can be purchased at any convenience store in Japan.

This is a lemon soda from one of Japan’s major beverage companies. It is a delicious carbonated juice that contains vitamin C.

You can buy it at any convenience store in Japan.

This is a traditional Japanese soda and is sold by various manufacturers. It is interesting and practical to have marbles in the bottle.

In Japan, it is not something that is consumed on a daily basis, but is sold at festivals and other events. I wonder why bottled soda tastes so good.