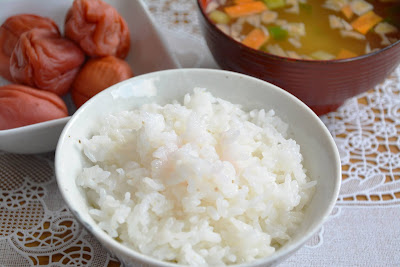 However, when I traveled to Hawaii, I was honestly surprised to learn that there is also delicious American-grown Japanese rice.

Here, I would like to introduce you to some American brands of Japanese rice that are delicious even from a Japanese perspective.

One thing that all three of the rice brands introduced here have in common is the variety Koshihikari.
Koshihikari is the most popular variety of rice in Japan.
However, even within the Koshihikari, there are some rice brands that are delicious and others that are not.

Tamanishiki is on the same level of taste as the lower priced Koshihikari available in Japan. It is not the best tasting rice, but freshly cooked rice can be tasty, while aged rice is not so tasty.

Although it is more expensive, Kagayaki is one of the tastiest US rice brands.

The onigiri (Japanese rice balls) that I ate in Hawaii and was surprised at how delicious they were were made by Tamaki Rice.

Onigiri consists of cold rice, and rice that tastes good even when it is cold is really good rice.

I think Tamaki Rice is the best brand of Japanese rice produced in the United States.

However, I do think that the best rice from Japan, especially the newly harvested rice, tastes better.

The taste of rice depends on how fresh it is and how it is cooked.

See also: How To Choose a Rice Cooker Made in Japan

The difference between white rice, brown rice, and haiga rice

These brands of rice also come in different types, such as white rice, brown rice, and haiga (germ) rice.

What is the difference between them?

Brown rice is similar to whole grains in flour. Brown rice is more nutritious than white rice, but it is crispier and less glutinous.

Haiga (germ) rice is an intermediate state of rice between white rice and brown rice.

In Japan, both brown rice and haiga rice are usually mixed with white rice. Many Japanese people say that white rice is their favorite.

In Japan, it is also popular to mix minor grains with white rice and cook it.
I like the following products because they have good taste and nutrition.