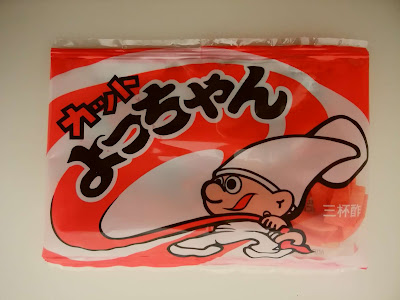 “Yotchan Ika” is a standard snack that nobody in Japan doesn’t know. It is pickled seafood including squid. You will get addicted to its sour and savory taste and texture. Since its release in 1977, it has been sold at any convenience store, supermarket and dagashiya throughout Japan.

The official name is “Cut Yotchan”, but it is familiar with the name “Yotchan Ika” (Ika means squid).

It seems that Yotchan is included in the following assortment.